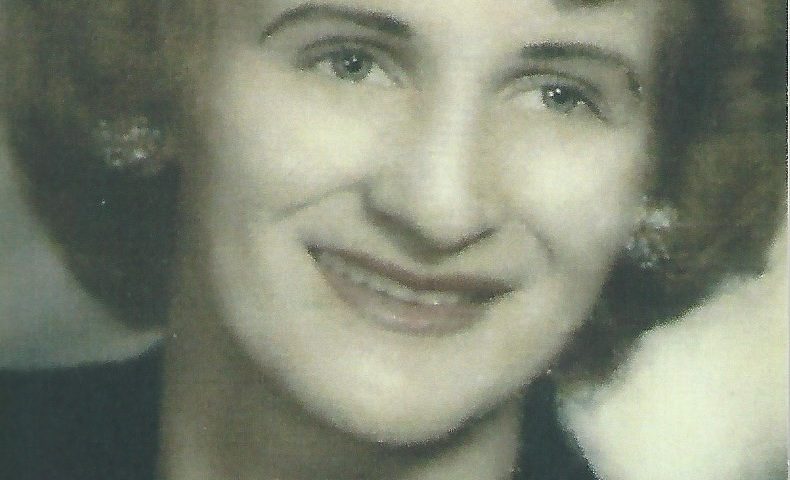 Alice Hunsaker Welker was born on September 15, 1930 in the small farming community of Elwood, Box Elder County, Utah in a small home located in the far south western end of town.  She was the fourth child born to the family of Lorenzo Snow Hunsaker who was born May 28, 1892 and called Ren throughout his life, and his dear wife Ella Blanch Larsen Hunsaker. Ren worked as a sheep herder for the Hunsaker family, herding both sheep and cattle. Alice enjoyed her trips with her mom and siblings to visit her dad at the camp wagon when he was away from home watching over the herds.  Ren found it difficult to find other work during and after the depression and was thankful for this opportunity to work. Ren and Ella had six beautiful children, Ellis, Blanche, Lynn, Alice, Evelyn and Gwen.

Being from a small town and living in a home that wasn’t close to other neighbors, Alice and her siblings became very close. They enjoyed playing games like Hide and Seek, Anti-I-Over, Red Rover-Red Rover, Run-Sheepy-Run, Kick the Can, and Tag and Double Dutch Jump Rope. But Alice’s favorite game was playing Hop-Scotch which they drew in the dirt in the yard.  The Hunsaker family lived on very modest means but were rich in so many other ways.

Alice always loved to work. As a child she helped around the house washing dishes and helping to pit cherries during the annual canning and preserving. The family had a cow for their milk and cream needs. The cow had to be milked night and day which her father and older brothers did. Her brothers Lynn and Ellis had to herd the cow, which meant keeping a watch on it, so it wouldn’t run away. One day Lynn asked Alice and Evelyn to watch the cow for him, but they went into the house for a few minutes and when they came out of the house the cow was gone. The cow liked to graze along the ditch bank but if she didn’t see anyone watching her, she would go off somewhere else to graze. They found her in Grandpa Larsen’s freshly cut hayfield. That kind of food can make a cow very sick and even die. They never did that again!

In 1943 the family moved to Cokeville Wyoming. It was a good move for the family and Alice’s father eventually got a job working for the railroad as a gandy dancer which is a term used for a section hand, who laid and maintained railroad tracks in the years before the work was done by machines. After getting the job with the railroad things were much easier on the family because Ren was able to be close to home and the income was steady.

After graduating from High School Alice worked as a waitress at Millers Café in Cokeville.  She loved waiting on the people and enjoyed the interaction very much. She later moved to Salt Lake City to live with her sister and decided to take a job at James Lunch on South West Temple. People waiting between trains would come there to eat. Three months later she had to return home to have her tonsils removed.

In March of 1950 Alice and her friend Ruth Middough moved to Douglas Wyoming to find a job.  Ruth had an Aunt who lived there and Alice again found a job as a waitress at the Douglas Steak House. Her boss had a nephew that came to work as a cook. His name was Lavern Hardy. They began dating and later went to Cokeville to be married.  LaVern and Alice had two children together Patricia and Rodney. They moved from Cokeville to Durango Colorado where LaVern got a job as a seismograph operator’s helper and later moved to Aztec New Mexico.  They finally moved to Roy then Ogden Utah. Unfortunately, the marriage didn’t last and ended in divorce.

Alice loved to dance and especially doing the jitterbug!  While out with a friend at a dance hall Alice met Garr Welker. Garr wasn’t as much of a dancer as Alice but they enjoyed doing the waltz and soon fell in love. They dated for about 8 months. Garr had moved to Las Vegas and got a job at Titanium Metals plant in Henderson, Nevada.  Alice went to visit her sister Blanche in Las Vegas where they decided to marry in March of 1956.

Garr and Alice had two children, Suzanna and Christina. Garr had two boys from his first marriage and this brought the family to six children, although Garr’s two boys lived with their mother.

In 1988 Garr and Alice moved to St. George Utah to spend their retirement years and do all the things they had always wanted to do. It was a wonderful day when they were sealed for time and all eternity in the St. George Temple.

The happy couple were called on a mission to be Member Locators for a year. Then in 2001 were called to work as ordinance workers in the St. George Temple. They so enjoyed their seniors ward in St. George where they were within walking distance from the chapel and developed wonderful relationships with the members there.

Alice has always loved to sing and dance and was involved with a musical play called “Because of Elizabeth”.  She was also in the ward talent shows on a couple of occasions where she and a group of ladies performed delightful dances.

Traveling was one of Garr and Alice’s favorite things to do. They had the opportunity to go to Hawaii for their 25th wedding anniversary. They also took a road trip across the country to New York to visit Garr’s two boys who had been raised back east by their mother and hadn’t seen each other for many years. It was a wonderful reunion for Garr who had missed his boys so much during their childhood. They also visited Niagara Falls during that trip.

One of the great highlights for them was to go on a church tour to New York and Nauvoo where the tour guide was an Elvis impersonator. They told of the many fun experiences they had on this trip that brought them so much joy.

Another favorite thing that they enjoyed was going on cruises. They were able to go on both a Mexican cruise and Alaskan Cruise. They had so many fun adventures.

In March of 2016 Alice and Garr celebrated their 60th Wedding Anniversary with all of their children in attendance. It was a special time for everyone to celebrate their life together!

Garr’s health was declining and so the decision was made for them to sell their home in St. George and move into Summerfield to be closer to their daughter Suzy and her family.  Garr passed away on June 16, 2016.  Alice has been so thankful for the wonderful home she has now at Summerfield and the many friends she has made. She constantly says how well she is cared for at Summerfield and how much she loves it here. 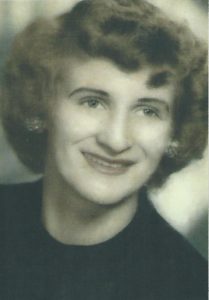 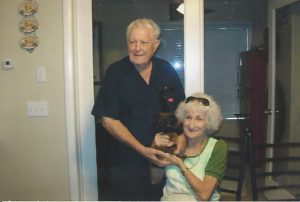 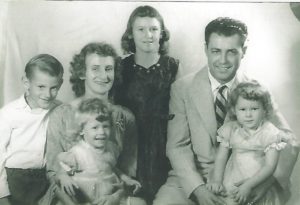 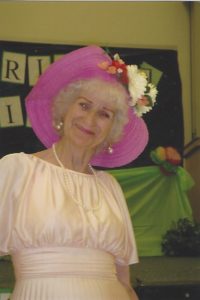