The Importance of Indoor Activities in a Senior Housing Community

Staying Ahead of the Game—The Brain Game

Here at Summerfield Retirement, we put comfort and quality in everything we do. Providing Residents the independence they desire without compromising the convenience they deserve, there are amenities and activities to interest and serve the residents on all levels, especially the cognitive.

The activities director heads not only the weekly exercises like Walking Club or Bingo but brain teasers and riddles for the residents as well. Our recreational therapist challenges groups with brain teasers and riddles, stimulating those language centers along with the logic centers for full brain exercises. But it’s the kind of brainwork that is fun to do, and residents come again for more. Cognitive maintenance and encouragement are aspects of the care we strive to make fun and accessible to all residents.

As it turns out though, word games and puzzles are not merely to curb boredom or occupy the elderly. Recent studies have linked neural health maintenance to such innocuous games.

Professor Marcel Danesi, a semiotics professor at the University of Toronto, explores the positive effects of puzzles on the brain. Danesi goes on to explain that acrostics stimulate the language center while arranging symbols in grids stimulates the logic-processing side, both encapsulated by the word search game. Games like Scrabble, found in the lounge area of the Independent Living, similarly activate both hemispheres, encouraging neural pathways to connect in familiar highways as well as forge new pathways.

Word searches can be found at the reception desks for residents to fill out and return for prizes. Strategy games like Chess and Checkers are also easily found on the premises open for resident participation, as well as the more traditional jigsaw puzzle, purposely placed as an amenity to entertain and edify while residents wait for scheduled exercises or social gatherings.

First published in 1968 in the Selenby Digest, a want-ad magazine distributed to grocery stores, the word-finding puzzle soon grew in local popularity. Attributed to Norman E. Gibat for making the printed word game popular in the near-eponymous Norman, Oklahoma, Mr. Gibat found teachers asking about his fun new puzzle from his ad in the paper, asking for reprints to use in their classes. Despite its humble beginnings, and whether it be called the “word seek,” “word find,” or the more common “word search,” the puzzles have captured the imagination of children and adults all over the country and world.

More than Games on the Brain

According to the Silicon India magazine, “To be in harmony with the world around us, we require visual and spatial awareness. That is comprehension and the capacity to observe the area surrounding us [. . .] Unfortunately, we lose that remarkable potential as we mature.” It is no surprise that the brain loses its sharpness with age. But with brain-stimulating games, statistics show that while not completely restored, games such as Scrabble, word searches, and jigsaw puzzles can help sharpen those visual and spatial awareness skills once again for improved use.

So next time you’re passing by one of the many puzzles available to play at Summerfield, take a minute to exercise your brain and get your neural pathways a-moving, all in a fun way. 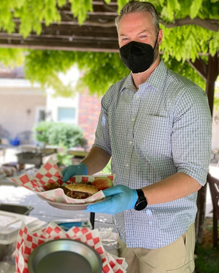