On February 15, 1929 Beverly Peel was born in Los Angeles, California.  She was the first child and only girl born to Vern and Hilda Peel. Her father worked in the citrus industry which moved the family to Pomona, California. Eventually 5 boys joined her family. Beverly was attending college when her mother had premature twins and needed her help, so she went home.  While living in Pomona, she and her mother attended many movie premiers at the Fox theater. They had the opportunity to meet many movie stars and get their autographs. Her favorites were Jeanette McDonald and Nelson Eddy.

While in Pomona she met and dated Gene Robinson.  They were married in the St. George temple on April 2, 1948.  Gene and Bev made their home in Santa Barbara initially but moved several times in the high desert of California.  They had five sons: Doug, Michael, Dennis, Jeff, and Timothy. Timothy died in 1992 from cancer and Dennis in 2003.

While in Victorville, Beverly volunteered at a hospital, which she loved.  When her marriage ended in divorce she enrolled in nursing school. Because she still had young children her former husband’s Aunt Bo took care of the younger children every day for 3 years, often taking the two younger boys home for several days. Bev worked as a Registered Nurse at several hospitals in Orange County.

Bev met Arthur Ruchti at a single’s dance.  They were married by her father initially in 1968 and were sealed in the LA temple in 1969.  They lived in Huntington Beach where Art worked as a postal worker. He retired in 1980 and they moved to St. George, Utah to be nearer to family.  Art disliked cold weather and wouldn’t move any farther north. They loved the red rocks and the warm weather. Bev went to work again at Dixie Hospital in Same Day Surgery. Bev also helped Art stay healthy as he had many health issues.  In 1998, Art died unexpectedly from heart failure at age 70. Bev had her 94-year-old father living with them at the time, so she took care of him until his death a few years later.

Now, without any reason to stay in St. George, she sold her home and moved to Spanish Fork. She had always wanted to serve a mission, so she put her papers in and was called to the British Columbia Vancouver mission.  She spent her entire mission on Vancouver Island. Bev has always been very interested in people and had no problem approaching strangers. She loved her time there. Her son Jeff and his family were able to visit her there and share in some of her memories as a missionary.

When she returned she moved to Provo and opened her home to first a niece and then a granddaughter.  She got a kick from living with girls, since she had no sisters or daughters. Because of always being around men she developed a love of sports, especially anything BYU.  Bev became a worker in the Provo East Bench temple which she loved. Another highlight of her life was BYU education week, which she attended for at least 20 years. She loves music of all sorts. She played the violin as a child, sang in choirs and attended many plays and BYU-sponsored events.  Bev has always been an appreciative audience for any performances of grandchildren/family.

Beverly is a talented cook.  All the family enjoyed delicious breads, pies and dinners.  She has always been willing to help anyone in need. She served twice as Relief Society President, was faithful in fulfilling any calling and has a quiet faith that has gotten her through some difficult trials without complaint.  She is a caring grandmother and a wonderful mother-in-law! She has 12 grandchildren and 11 great grandchildren.

Beverly moved to Summerfield in January of 2015 and has enjoyed making new friends as well as having her needs met so capably. 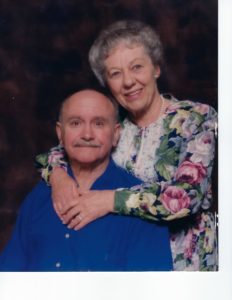 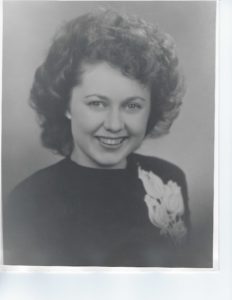